That was no fireworks factory explosion. Officials have already revised the story and now say the building was storing "highly explosive materials” seized by the government years ago. Warehoused in the heart of the city near the country's busiest port, no less. IMO, this was some sort of chemical materials explosion. Some of the clips, it looks almost like a small nuclear bomb went off.

This is a comparable (night time) explosion in China in a building illegally storing dangerous chemicals in a populated urban area from 2015 that is equally jaw-dropping. The person who shot the very first clip in this video compilation (the first 15 seconds) was actually live streaming the fire several blocks away. When the building exploded, he was literally vaporized in the blast, his body and phone/camera were never recovered. 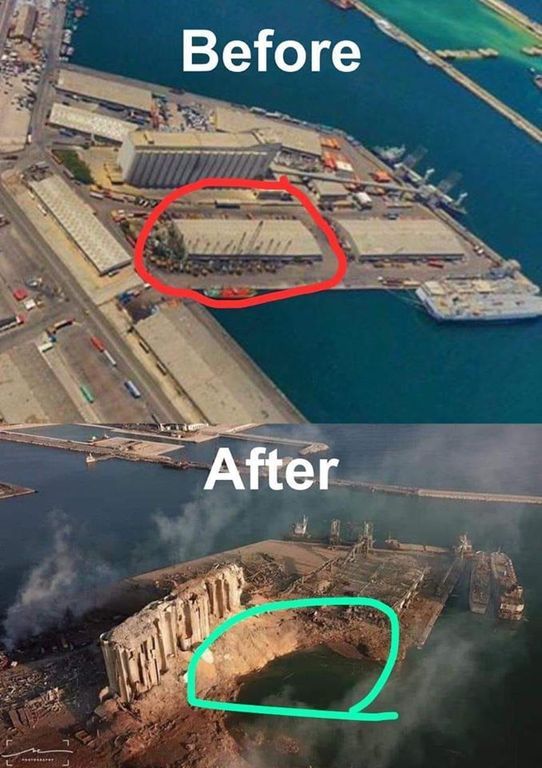 Just glad it doesn't appear to be terrorist activity.

I really want to go to Lebanon/Beirut.

Was researching details before COVID hit.....

Absolutely brutal. If I'd been there watching that, I'd have thought it was a nuclear blast. That "shape" of the explosion and the expanding wave are drilled into my brain as "nuclear blast".
Top

Here's a handful of video clips, some pretty close to the blast. Interesting observation - for a city that's ravaged by CoronaVirus, virtually no one wears a mask.