What a difference 5 Presidents make...

That was a great read. Amazing how different he is than his "fraternity"
Top

Since Ford, other former presidents, and sometimes their spouses, routinely earn hundreds of thousands of dollars per speech.

“I don’t see anything wrong with it; I don’t blame other people for doing it,” Carter says over dinner. “It's just never had been my ambition to be rich.”

With book income and the $210,700 annual pension all former presidents receive, the Carters live comfortably.

Yeah, I could live "comfortably" if I was a millionaire too.

He lives a very modest life notwithstanding his comparably high income to the average American. My best guess is you are scoffing at his likely low level of stress about his financial condition.
Top

Florida and Arizona have important primary elections today. Here's a look at Fl where they have had repub governors since Bush some 20 years ago. Az lost McCain and soon, Flake so those seats are up. McCain's will be appointed after his services are complete by the Gov. These are interesting not because of the historical leanings but to see where trumps support is and how much weight it will carry

So, the showdown with Canada continues today. It'll be interesting to see how this falls. I am just under 1/2 way through the Woodward book (it's surprisingly sympathetic when read between the lines thus far) and this trade dispute issue has been detailed quite a bit between the camps polarized between free trade and protectionism...and the NSA's involvement as well.


Interesting...I know Woodward by reputation...I don't recall having read him before. His writing style, not surprisingly, is flat....0 in the stylistic department

Looks like Putin is taking the royal piss out of the United Kingdom.
Top

"My people" are voting in a name-change referendum today.
I was born and raised in Canada and never really got into the debate about who are the true Macedonians. Greeks will say the Macedonians are actually Slavs, blahblahblah.
My mothe, born in Skopje, doesn't agree with being called 'North Macedonia'. From what I understand the name change will enable them to enter into the EU and Nato.

All Eyes On Turnout As Macedonians Vote In Name-Change Referendum

Macedonians have begun voting in a referendum on a deal with neighboring Greece on whether to accept a name change that could pave the way for the Balkan nation’s entrance into the European Union and NATO.

Voting stations opened on September 30 at 7 a.m. and will close at 7 p.m., with the first results expected about two or three hours after that.

Voters are being asked: "Are you in favor of membership in NATO and the European Union by accepting the deal between [the] Republic of Macedonia and Republic of Greece?"

The answer doesn’t appear to be whether they approve of the move to change the country's name to Republic of North Macedonia, but whether enough will turn out to vote.

Opinion polls put the "yes" camp in the nonbinding ballot asking Macedonians to approve an agreement its new Socialist government reached with Greece this year to change the country's name at around 70 percent.

But Macedonian law requires a turnout of at least 50 percent plus one vote for the referendum to be valid and a campaign to suppress turnout among the country's 1.8 million registered voters by the president, opposition politicians, and even murky online sources have cast doubt on the final outcome.

"I invite everyone to come out and make this serious decision for the future of our country, for future generations," Prime Minister Zoran Zaev said after casting his ballot in his hometown of Strumica.

As of 0900 GMT, no major problems had been reported by electoral officials at any polling stations.

The name dispute between Macedonia and Greece dates back to 1991, when Macedonia peacefully broke away from Yugoslavia.

Greece says the name Macedonia implies territorial and cultural claims on the northern Greek region of the same name. Greece, an EU and NATO member, has cited the dispute to veto Macedonia's bids to join the two organizations.

In June, Athens and Skopje hammered out a tentative compromise to end decades of squabbling if Macedonia adopts the name Republic of North Macedonia.

Macedonia's economy is sputtering after a two-year financial crisis that pushed unemployment above 20 percent, one of the highest rates in the Balkans, and an average monthly net salary of about $400, the lowest in the region.

"Changing our name is the price we have to pay if the country wants to join the EU and NATO," says Mirche Chekredzi, head of corporate strategy at the offset and digital printing company Arkus in the capital, Skopje.

"Within the EU there will be no customs barriers, faster deliveries. It would cut a lot of bureaucracy for smaller companies like ours," he adds.

Analysts also say further integrating Western Balkan countries such as Macedonia into European and transatlantic structures is the best way to ensure the stability and development of a region still healing from the bloody breakup of Yugoslavia in the 1990s.

"We must not forget that, if the referendum fails, we will remain the Former Yugoslav Republic of Macedonia, as I don't believe any other Macedonian politicians will be brave enough to enter this battle," former Prime Minister Ljubco Georgievski told RFE/RL.

"And I think that the international community will completely cool on this issue, so I really think we have to use this opportunity," he added.

Not everyone agrees, however, including President Gjorge Ivanov, who has called the name change a "criminal act" that violates the Balkan country's constitution.

Ivanov has staunchly declared that he won't vote in the referendum, and in a speech to Macedonia's diaspora in the U.S. city of Detroit on September 22 tried to tamp down expectations that a "yes" vote would guarantee EU and NATO accession.

"Even with the adoption of the harmful Greek treaty and [relevant] constitutional amendments, membership in NATO and the European Union will not come automatically," Ivanov said.

If the referendum is successful, the next step would fall on lawmakers to pass a constitutional amendment accepting the name change by the end of the year.

Government officials say they have 71 deputies ready to approve the move, short of the two-thirds majority, or 80 deputies, needed to amend the constitution.

Christian Mickoski, the leader of the main opposition VMRO-DPMNE, has said that, if the referendum is successful and the majority votes in support of the referendum issue, he expects his party will respect the result.

"The more people will say yes, we want to go forward, we want to join NATO, it will bring us stability, assure our statehood, create better conditions for a successful Macedonia, the easier the political process in the parliament will be," said Foreign Minister Nikola Dimitrov.

Good luck to them -- Russia has been trying very hard to prevent these former sphere-of-influence countries from getting closer to the EU and Nato, with better success the further east/south you go (for obvious reasons).

I understand why people wouldn't want to change the name (see: the Michael Bolton character in Office Space for the reason). But EU / Nato membership is way more important than the name, and if it solves a long-standing feud with Greece, great. I think Alexander the Great and his father Philip would endorse this move as eminently wise.
Top

Artemis wrote:"My people" are voting in a name-change referendum today.
I was born and raised in Canada and never really got into the debate about who are the true Macedonians. Greeks will say the Macedonians are actually Slavs, blahblahblah.
My mothe, born in Skopje, doesn't agree with being called 'North Macedonia'. From what I understand the name change will enable them to enter into the EU and Nato.

I thought of you last night when I saw this on BBC. Does your mom want its entrance in the EU/Nato? 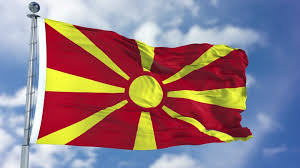 Artemis wrote:"My people" are voting in a name-change referendum today.
I was born and raised in Canada and never really got into the debate about who are the true Macedonians. Greeks will say the Macedonians are actually Slavs, blahblahblah.
My mothe, born in Skopje, doesn't agree with being called 'North Macedonia'. From what I understand the name change will enable them to enter into the EU and Nato.

I thought of you last night when I saw this on BBC. Does your mom want its entrance in the EU/Nato?

Yes, she does support support entry to EU and Nato but feels that changing the name is asking too much.

I agree with Hype, that the way forward is sucking up the name change and ending the feud with Greece. Accepting the name change is the best solution and only way at this point for the country to open itself up to more opportunities and propserity.
Top

Macedonia's vote on changing its name to North Macedonia looks to have fallen far short of the turnout required.

Preliminary results show that just over a third of Macedonians voted in the referendum, with 50% needed.

But with 90% of those who took part in favour of the change, the country's prime minister has urged parliament to "confirm the will of the majority".

I'm not sure what will happen if they do go ahead with it without abiding by the conditions of the referendum.

Of all the insanity of this admin, their position on climate change is among the most horrifying. No one will be able to say we didn't know, or we didn't understand, or the decisions were made with the best interests of the country...
https://ipcc.ch/news_and_events/pr_181008_P48_spm.shtml
Top

Tomorrow is going to be telling. Anyways Obama ended up in a taco place in Wynwood the other day after he stumped for Gillum. That was the place I worked a couple of times in the last few years. Some really good peeps had the surprise of a lifetime.
Top

Now, If they could only vote
Top

Man last night was a hard L for me, glad the house flipped and I would like to think Beto had to do with that and I know Cruz isn't going to be able to torment the rest of the country with his bullshit without the house agreeing but fuck man... the bright side is it was only 3 points last time it was closer to 20 points. We're eventually going to turn this fucking state purple.
Top

I get ya, but I don't see another candidate like Beto coming along soon. I am hopeful for his future. No conventional campaign infrastructure and lot's of brains and authenticity. Texas doesn't deserve him. Indeed, we all get what we deserve.