Bloomberg's biggest folly was actually showing up to the debates. He should have mimed trying to get on stage and stayed Wizard of Oz. That would have been brilliant optics to the circus that would have mirrored him on stage.

The ad money was effective, but somewhere there has to be a product....or notion of a product, or else it is useless.
Top

Warren has dropped out; she hasn't endorsed anyone.
Top

I bet establishment (DNC Biden) didnt promise her anything since she helps dilute Sanders votes. She was toast a month ago anyways.

DNC has a right to have their say, but this stinks more than a dirty diaper bonfire......


Thats why it took a while for her to decide.....wouldnt need to take another DNA test....

This is a really good article on where Sanders seems to be coming from regarding his "Socialism", and where I think we are at as a country, in terms of where best to possibly go.


I also think that Sanders has done a really poor job of selling it.

I think Americans out there would buy it, if in the right package from the right salesperson.......

He shares the conviction of Gilded Age socialists that values, not economic laws, determine the contours of American society.

Mr. White is a professor of American history. 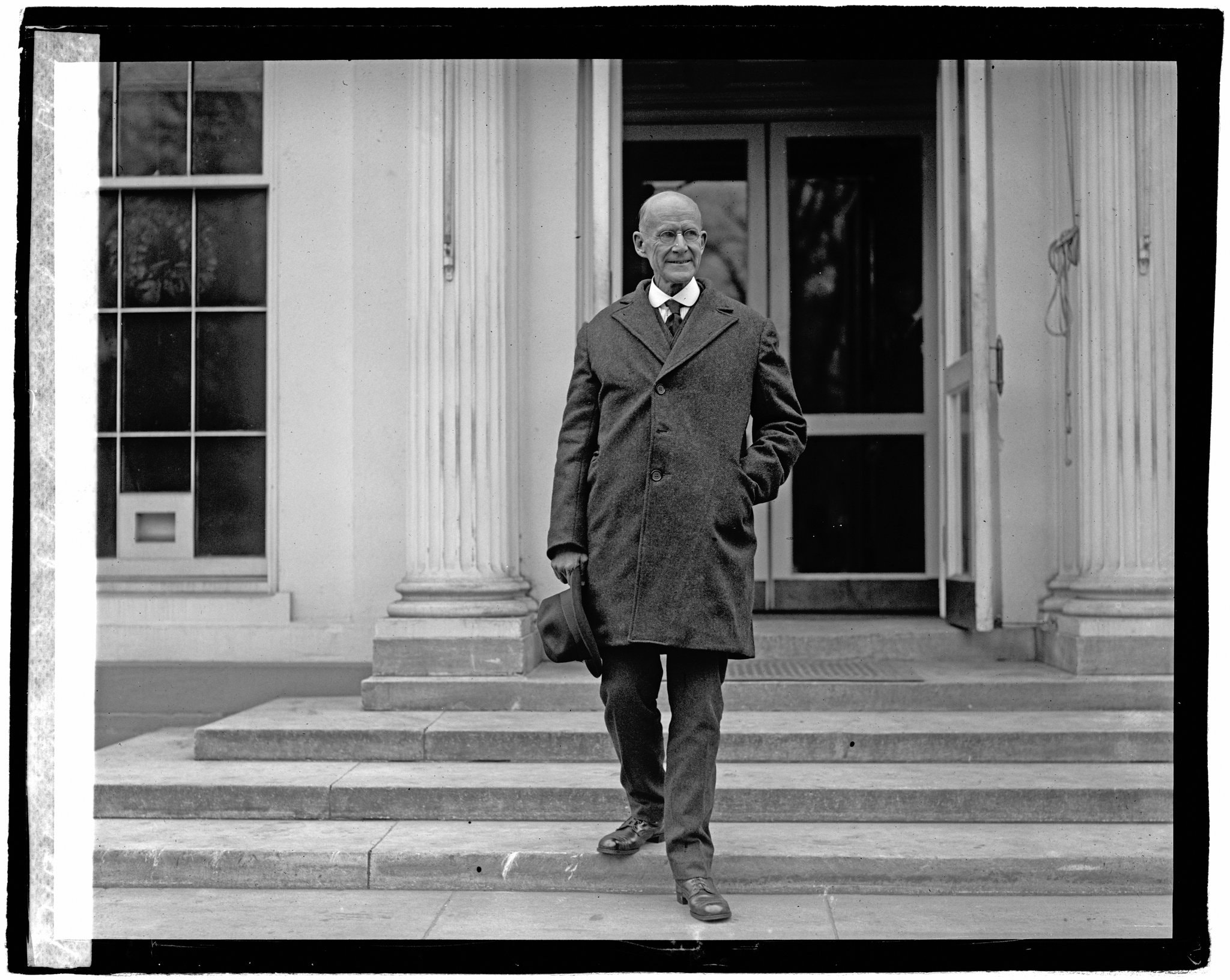 Detractors like to equate Senator Bernie Sanders’s socialism with Soviet and Chinese Communism. This is very 20th century of them. But if critics are looking for a knockout blow, they’re swinging at the wrong century, the wrong country and the wrong socialism.

Mr. Sanders does not disguise his socialism. But the question is: What do Americans mean when they talk about socialism? Pete Buttigieg equated socialism with a “rigid ideology,” but Mr. Sanders fits into a strain of American socialism that has largely eschewed ideology, made few references to Karl Marx, and been more likely to talk about fairness and values than about economic theory.

American socialism has a long history, and Mr. Sanders falls into a particular slice of it. He does not sound like the doctrinaire immigrant socialists of the 19th century, for example. He is somewhat closer to Norman Thomas and the socialists of the 1930s or Eugene Debs and the socialism of the early 20th century. But both men headed a socialist party, which Mr. Sanders does not.

The socialists Mr. Sanders most resembles were Gilded Age intellectuals, reformers, union members and ordinary citizens who self-labeled as socialist. There were immigrants among them, but the leading voices were, like Mr. Sanders, native-born and middle-class advocates of reform within the Democratic and Republican parties, whose bosses they often criticized.

Mr. Sanders sounds like these Gilded Age socialists in part because the issues of their time were similar to ours — immigration, environmental deterioration, declining well-being and growing inequality in a period of rapid technological and economic change. Mr. Sanders — whose socialism, built on fairness, is remarkably nonideological — shares the conviction of these old socialists that values, not economic laws, determine the contours of American society. The Gilded Age socialists admitted what their opponents often did not: Americans did not all share common values.

Like most modern pundits, 19th-century liberals — the equivalent of modern libertarians — believed that Americans always have been and always will be individualists. They imagined society to be a collection of autonomous subjects whose competition achieved the best possible outcomes. To deny this truth, they felt, was to deny reality.

Those who called themselves socialists echoed Dr. Leete in Edward Bellamy’s best-selling 1888 novel “Looking Backward,” a book that imagined a socialist utopia. Dr. Leete defined the core problem in American society as “excessive individualism.” The socialists stressed collectivities — the home, the community, the church and the nation. They spoke to another equally American tradition that had flowered in the Gilded Age: The Knights of Labor, who envisioned worker-owned cooperatives replacing wage labor and sought to amend “the work of the Founders” to “engraft republican principles on property and industry.” Their influence pervades “Looking Backward,” which is less a novel than a compendium of desired reforms. Not surprisingly, some of Mr. Sanders’s supporters have rediscovered the novel.

The more his opponents caricature Mr. Sanders as a Sandinista or a Bolshevik, the more Mr. Sanders’s actual similarity to 19th-century socialists makes him seem unthreatening, even avuncular. He is infinitely closer to William Dean Howells, the 19th-to 20th-century novelist who for a while proclaimed himself a socialist, than to Joseph Stalin.

Howells’s political evolution makes socialism’s American roots clear. Howells wrote campaign biographies for Abraham Lincoln and Rutherford B. Hayes, and remained close friends with John Hay, Theodore Roosevelt’s secretary of state. Even when Howells called himself a socialist in the late 1880s, he continued to vote Republican, although he thought the party was corrupted.

Howells’s socialism originated in an ethical crisis. He attended court to watch trials; he visited factories. He defended those accused of the Haymarket bombing. Liberalism failed him. He could no longer believe, as he once did, that in the United States the ills that afflicted humanity could “be averted by honest work and unselfish behavior.” By the late 1880s what he had called the “smiling aspects” of American life seemed to be disappearing.

Howells regarded socialism as “not a positive but a comparative thing … Every citizen of a civilized State is a socialist.” If anyone believed “that the postal department, the public schools, the mental hospitals, the almshouse are good things; and that when a railroad management has muddled away in hopeless ruin the money of all who trusted it, a Railroad Receiver is a good thing,” then that person embraced socialism. Howells believed that “the postal savings-banks, as they have them in England; and national life-insurance as they have them in Germany are good things.”

Like Howells, Bernie Sanders embraces a series of modest changes. Mr. Sanders often rightly seems bewildered that free public college education — once the norm in California — and the universal health care of Canada and Europe can seem to be radical solutions to American problems.

Opponents of socialism cast such proposals as dangerous and un-American, but Henry James was closer to the truth when he described the limits of Howells’s imagination. He thought Howells’s deficiencies as a novelist arose from his being too much at home with “the moderate, the optimistic, the domestic, and the democratic” to take great risks. James could have been describing Howells’s socialism and that of his contemporaries. Frances Willard, for example, was an evangelical Christian and a self-described Christian socialist who drew little distinction between her Christianity and her socialism. “In Every Christian there exists a socialist; and in every socialist a Christian.” She was a president of the Woman’s Christian Temperance Union, which influenced the vision in “Looking Backward” of American socialism. Francis Bellamy, Edward’s cousin and another Christian socialist, wrote the Pledge of Allegiance. “Liberty and justice for all” pretty much epitomized the values behind his beliefs.

The modesty of socialist goals could ironically emerge as Mr. Sanders’s shield. Radicals — anarchists, Communists and other Marxists — have at critical moments influenced America’s development, often for the better, and most of them have despised American socialists as insufficiently revolutionary, ideologically incoherent, hopelessly sentimental and utterly enmeshed in existing society.

They were right — which was why American socialists have been far more influential than their radical critics. Socialists appealed to sensibility, values and justice, not ideologies. They put their hope in the benevolence and fairness of the mass of Americans —­ what Howells called the sufficiency of the common — rather than in elites. They often did not know exactly where they were going or how to get there, but they knew the direction they must go and who must accompany them. They did not despair. They seem quite familiar and quite American.

Richard White is a professor of American history at Stanford University and the author, most recently, of “The Republic for Which It Stands: The United States during Reconstruction and the Gilded Age, 1865-1896” and of the forthcoming “California Exposures: Envisioning Myth and History.”

I think people have forgotten Warren is still in the race too.
Top

I think people have forgotten Warren is still in the race too.

I think people have forgotten Warren is still in the race too.

See? I forgot she even dropped out. And she hasn't endorsed anyone yet has she?
Top

mockbee wrote: ↑
Thu Jan 23, 2020 7:22 pm
Not that the country will be paying a lick of attention to this in the next 2-3 months.
But seems clear to me with Clinton attacking Bernie on the sexist front and Kamala endorsing Biden, it will be a Biden/Harris ticket.
Clinton would have an inside to presidency with her alliance with Kamala, as Biden would be the new W.

Alas, it will be a disaster and Trump will win with close to Reagan '84 type victory.
I only see the Biden ticket getting California, Washington, Oregon?, New York, Massachusettes with maybe another New England state thrown in......

This DNC performance was a little strange but I liked it!

Overall, 50% of registered voters back the Biden-Harris ticket, while 46% say they support Trump and Pence, right at the poll's margin of error of plus or minus 4 percentage points. Among the 72% of voters who say they are either extremely or very enthusiastic about voting this fall, Biden's advantage over Trump widens to 53% to 46%. It is narrower, however, among those voters who live in the states that will have the most impact on the electoral college this fall.


Across 15 battleground states, the survey finds Biden has the backing of 49% of registered voters, while Trump lands at 48%.


That is a tie between Biden and Trump in battleground states.....according to CNN.

Coincidence that polls are "tightening"......I don't think so.

She will replace Biden.


I should put money on this shit. Doesn't Denmark have extensive online betting..... where's Matz......

Oh......I was excited and thought that was a betting site link.

Is he drunk? Jesus Christ, what is this?

Jesus is close by though.

Mostly, I think, when the media/liberal left call him stupid. 50% of the voting population think you are calling THEM stupid. That is a very strong motivator to vote.