The people couldn’t take it any longer and have rose all over the country. The 3 most populated regions are under curfew and the military have taken over. They’ve shot people. Pacific demonstrations have also been violently repressed, with tear gas and gunshots. In the north, machine guns were used. Around 70 supermarkets have been set on fire throughout the country. There’s been some false flags too, like a building set on fire by the police, and several subway stations too. The subway is pretty much destroyed.

Monday will be chaos.
Top

Heard about this over the weekend. The tipping point was the newest hike in public transportation fares? Stay outta trouble and keep us posted.
Top

Well, yes and no... it wasn't just the price hike per se. After the people complained about the increase, the minster of transport said "if people wake up earlier they will avoid the higher price" and "they could walk if they want". Another minister said "when the price of tomatoes or bread goes up, no-one said anything", and another said "flowers also went up, but no-one is complaining". As a consequence, some people started not paying their fare (approx. 4,000 trips, out of approx. 4-5 million trips were not paid). As a consequence of that, the government stated that those people were criminals and would have to face the Security Law of the State, which basically means that they would have to face punishments that are ridiculously harsh for an act that in Chile is not even a crime (not paying your fare).

After that, people went out in the streets to protest (peacefully), as we've done dozens of times before. That's when the president gave the military control of 3 regions of the country, where about 2/3 of the Chilean population live, and declared curfew (from 10pm to 7am). The other regions went berserk and soon there were massive demonstrations in the entire country.

Yesterday, the president said "we're at war with a very powerful enemy"... but fuck knows what enemy that is. They have this hypothesis/excuse that "the left" is behind this. Which is absolute rubbish, of course.

The social movement is beautiful, absolutely beautiful. The 11 people who have died mysteriously in 3 different fires... not beautiful at all. There's been tons of abuses already.

I don't even know if the president is removable here, because we're still living under Pinochet's constitution, which obviously would not include such a clause.

So far, I've been keeping safe. I've spent 2-4 hours demonstrating every day, but I haven't risked not respecting the curfew. I couldn't really fight against darkness and military weapons.
Top

Thank you for the updates Larry. Please continue them if you have the opportunity.

I hope you and your family are able to stay safe and that the violence subsides.

I tried to look for information about this and nothing came up on NYTimes and I went to the CNN site (i never go there) and didn't see anything, then went to World News but still didn't see anything about Chile, (except there was mention of Prince Harry having a row with Prince William and also a cheating scanal and subsequent fallout in India)

I won't be going to CNN.com again anytime soon. 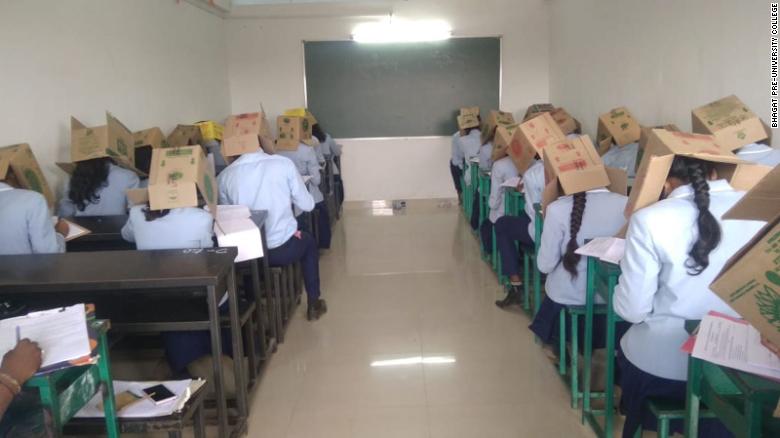 ^You can find info on the Washington Post site. If you can't get in/don't have a subscription, the BBC is covering it.

That's alright, larry had all the details I needed.

It's not as buried as you claim...at least in my view:

Three die in supermarket fire amid protests in Chile

Three die in supermarket fire amid protests in Chile

Not saying there isn't any coverage, just if you go here https://www.cnn.com/ it takes you a while to get there, and there is tons of garbage along the way.

Also, there is a ton of stuff going on right now, so not surprising.
Top

Alright, that's new. This morning, a couple times, I went to CNN and clicked World, then got to Americas and had to click Americas and then like 10th article down was that article. That's a ways to go, but I guess my algorithm has been updated. It will probably be on the front page next(?) time I go to CNN! Don't get me started on algorithms!

Anyways, glad people know about it.

Compared to some of the stupid shit getting far more coverage currently, it is a bit difficult getting any sort of comprehensive coverage of the situation, certainly nothing like the "you-are-there" stuff like Larry's post above.
Top

As with any internet, you are the filter
Top

Larry, is there an ultimatum that the people are demanding? Just fares to stay the same, or are there additional concessions people are looking for from the government?

Hope you are staying safe while peacefully raising hell.

Hey, thank you for your posts

Here, the situation is pretty much the same. The government now is slowly trying to put the blame on the communist party (as if they were able to coordinate this type of social movement anyway), which has got me a bit worried. Today should be important, because our dictator called a number of political parties to ‘dialogue.’ The communist party and other leftist parties (one of which I’m a member of) were not invited and it’s quite logical that the government will say “they don’t want peace” or something like that.

And of course, no-one from the government is stepping down or back.
Top

Having a 70's flashback

Take care, Larry! Hope you and your wife's family and friends are safe.
Dunno if anyone heard about the shoot out that happened in Culiacán last week. Narcs brought out the big guns to recover one of Chapo Guzmán's sons. Military had to set him free because things got really dangerous and innocent people could have been killed along the way.
It's rough to see how much power this groups have (narcs), while Trump congratulated our government's actions to avoid a massacre, the guns used came from the US (only for military use). To me this all boils down to people buying drugs in the US and we're just collateral damage. What a fucked up world

Sorry for the rant!
Top

Well we could say we wouldn't have drug issues as bad if not for you guys bringing it here....but that would be short sighted as well...but hey I get it rant away...this world IS fucked on all sides....it's sad when some random band website full of people from all over this rock can come together and find common ground or at least be open to listening to other sides....you'd think we'd be just a microcosm of the globe, on some level, but no...we are the exception...which is great for us....but so fucking sad for the rest of this rock
Top

That's why I'm pro legalization or decriminalization of drug use. Let the cartels here and there kill each other. The fuck I care.
Top

Last night, our dictator went on TV to announce a “new social agenda” to tackle our social issues. Great measures like “USD 40 increase in pensions”. There wasn’t ONE measure that would actually address what the people want. And most of his proposals tried to disguise the fact that they benefit more private companies than the people.

Most people are pissed off, but also tired after 5 days of protests. I don’t know if they’re going to continue through the week, only in the weekend, or what.

People are still being shot, the military are still burning buildings and framing the people for it. Some fires are being set well after curfew, when there’s only military in the streets.

There’s only been two politicians so far who have talked about impeaching the ‘president.’

And the government isn’t budging at all. Which makes sense, as they have the military and can work with complete impunity.
Top
Post Reply
73 posts