How to avoid getting killed in Mexico

Guzman back in jail. Shall we have a sweepstake to see for how long?
Top

That jail is home to him, he comes and goes as he pleases.
Top

What do you think of this guy perkana?

I'm aware you're not hot on US taking bold actions with affairs of mexico, but do you see this as an exception?

Gen. Salvador Cienfuegos was detained at the airport at the request of the D.E.A. and will face drug and money-laundering charges, a federal law enforcement official said. 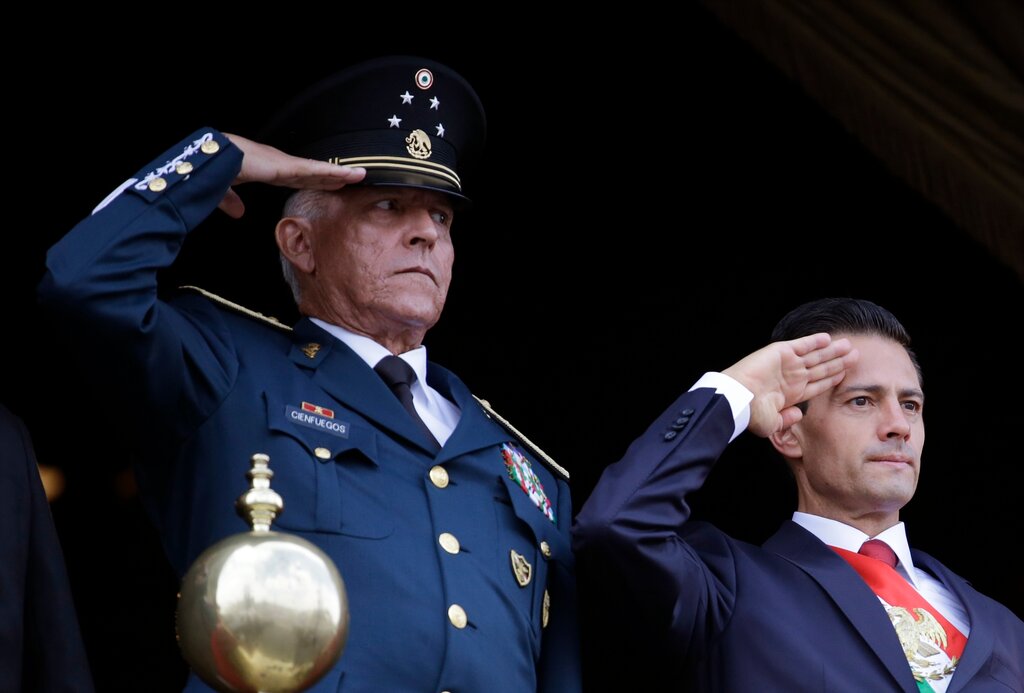 MEXICO CITY — A former Mexican defense minister was arrested on Thursday night after arriving at Los Angeles International Airport with his family, according to the Mexican government, becoming the first high-ranking military official to be taken into custody in the United States in connection with drug-related corruption in his country.

The former official, Gen. Salvador Cienfuegos, who was Mexico’s defense minister from 2012 to 2018, was arrested by American officials at the request of the Drug Enforcement Administration and will face drug and money-laundering charges in the United States, according to a federal law enforcement official in New York.

The news not only casts a pall over the nation’s fight against organized crime, it also underscores the forces of corruption that touch the highest levels of Mexico’s government. General Cienfuegos was defense minister throughout the administration of former President Enrique Peña Nieto.

The exact charges that General Cienfuegos will face were not immediately clear, and Drug Enforcement Administration officials did not respond to requests for comment.

General Cienfuegos served as defense minister at a time when homicides spiked to historic levels and drug cartels waged war.

“This is a huge deal” said Alejandro Madrazo, a professor at CIDE, a university in Mexico City. “The military has become way more corrupt and way more abusive since the war on drugs was declared, and for the first time they may not be untouchable — but not by the Mexican government, by the American government.”

Mexico’s military has played a central role in public security since the crackdown on the drug cartels began in 2006, deploying soldiers to regions overrun by organized crime. The secretary of defense oversees that effort.
..................
https://www.nytimes.com/2020/10/16/us/m ... s-dea.html