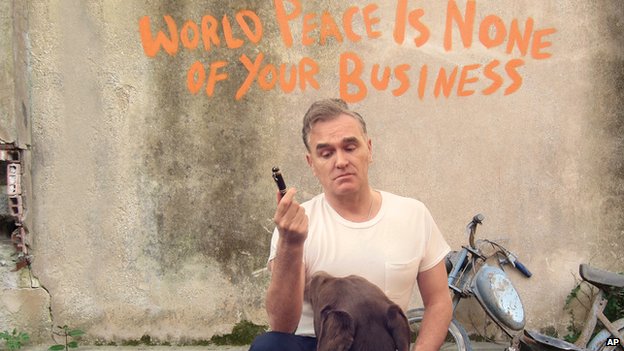 Singer Morrissey has parted company with his latest record label, Harvest, according to his website.

The news comes less than a month after the former Smiths frontman released his first new album in five years.

But it is not a total surprise, given Morrissey criticised Harvest only last week for not creating a video promo for his latest single.

Instead, fans made their own videos for the song World Peace is None of Your Business.

Monday's statement posted on True to You, said: "Three weeks after the release of Morrissey's World Peace Is None Of Your Business (number 2 UK, number 14 US), Capitol Records/Harvest have ended their relationship with Morrissey, as directed by label boss Steve Barnett.

"Morrissey is once again in search of a record label," it added. 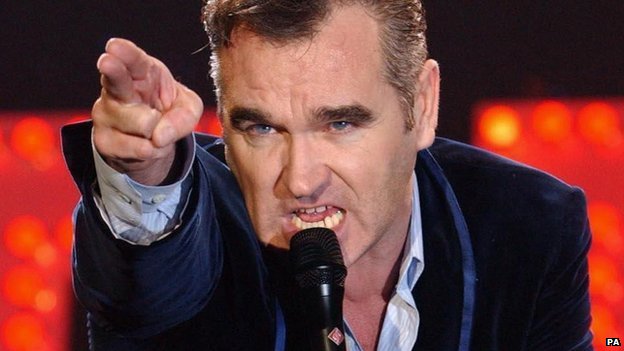 In an apparently thinly-veiled dig at Harvest last week over the lack of his general promotion, Morrissey posted on his fan site: "I am indebted to three sources that have placed their own well-crafted videos on YouTube."

"These videos fully understand the intent of the song, and I am relieved that these films exist.

"Yes, a similar document ought to have been harvested by the record label, but please understand that the pop or rock industry can be as dedicated to perpetuating public deception as the world of politics itself. God bless social media!

"I should like to finally make it clear that I have not received any television invitations - worldwide! - to either discuss World Peace is None of Your Business, or even to sing any songs from the album."

'Rare soul'
A spokesman for Morrissey said there was "no comment" at this stage regarding his record label situation.

Harvest were not available for comment at the time of writing.

Speaking in January when Morrissey signed to the label, Harvest boss Steve Barnett called Morrissey "one of music's most important and influential artists".

"He is the rare soul who has stayed consistently true to his artistic vision and ethical principles since he first exploded onto the scene in the 1980s," he added.

Harvest is a subsidiary of Universal, which released Morrissey's 2009 record Years of Refusal.

In his autobiography, published in October, the songwriter criticised the way his album was marketed, saying the label signed him "against their will".