Danzig is set to release his long awaited (by fans, anyway) tribute album "Danzig Sings Elvis" on April 24th, via Cleopatra Records. However, it's already leaked.

While Glenn Danzig spends his days now making bad horror movies and counting stacks of Misfits t-shirt money, he once wrote for Johnny Cash and Roy Orbison. He had a flawless ride that lasted nearly 20 years (1977-1994) through three different bands. But since then, he's played hopscotch, releasing a new album on a different record label every few years. His post-Rick Rubin output has had extremely mixed results, with some poor recording production and a heavy leaning towards "metal". A few good songs per album or the occasional decent album overall, but nothing Earth shattering.

Cover albums are always dicey; even the best ones are usually just pretty good. A curiosity that gets some initial attention before collecting dust. And while Danzig is arguably the most gifted punk rock vocalist there ever was, he's no Elvis (Who is?). In his prime, he more closely resembled Jim Morrison (vocally speaking). "777" sounded more like Jim Morrison than "Blood and Tears" sounded like Elvis.

All of that said, this is some of his best work over the past 25 years. While there are some "hits" here, he's chosen mainly obscurer tracks to emulate. And that is to the listener's benefit. Even non-Elvis fans can probably sing many of his hits in their sleep...so covering many lesser known songs was the right way to go here. There are some duds...but this a pretty solid latter era Danzig effort. I'd give it a 7.5-8.0 out of 10. 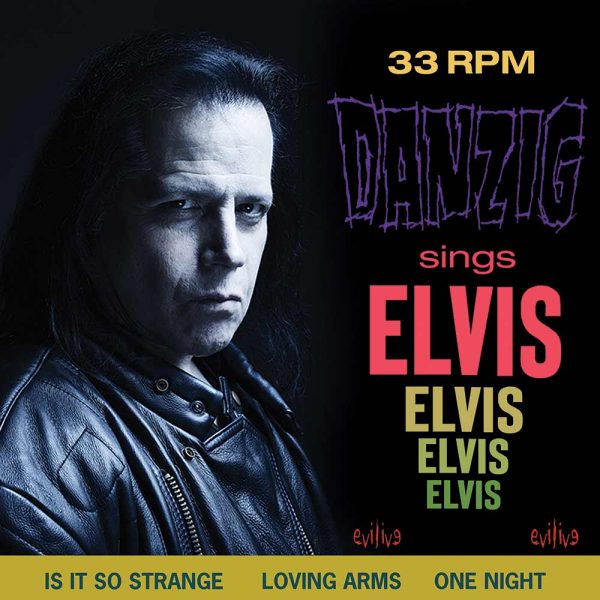 As with most Danzig/Samhain/Misfits records, there is also limited edition coloured vinyl for collectors.
Top


An early version of a track that was leaked a few years back...