I bet Dave and Stephen refused to let Perry involve Jane's and I'm glad. Yes, the name is tarnished badly already. But this would have been an absolute disgrace.
Top

this was in last weeks vegas paper.

If it's supposed to be representative of South East Asia (ie Bandkok), are they going to hire a load of young actors to play loud and annoying backpackers watching live sports on tv in crappy bars? Ship in a load of rats? Turn the humidity up to ridiculous levels? Fill the streets with piss, rotting food and litter? I could go on. But maybe they will just immerse it in fairy lights and neon.
Top

intertwoven wrote:I wonder who's on bass. Watt? Zero chance of Martyn. Or maybe they'll do it bass-less. Probably just fucking throw Chaney up there and call it good.

Martyn played at Perry’s 50th birthday ( perrypalooza gig). I would love to see pfp (with martyn or watt).

Sounds like a skeezy version of The 14th Factory by Simon Birch which was in LA for a long run.

intertwoven wrote:I wonder who's on bass. Watt? Zero chance of Martyn. Or maybe they'll do it bass-less. Probably just fucking throw Chaney up there and call it good.

Martyn played at Perry’s 50th birthday ( perrypalooza gig). I would love to see pfp (with martyn or watt).

I think martyn deleted the tweets

Southeast Asia? Wonder whose idea that was 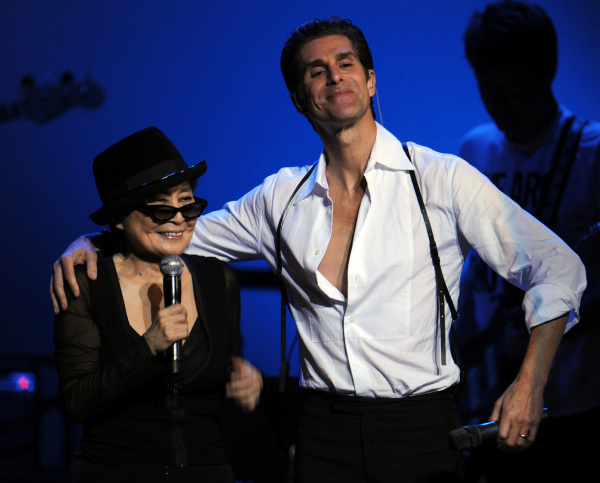 astro wrote:Southeast Asia? Wonder whose idea that was

when was that photo from? perry's face still looks pretty natural

Who knows, maybe this has got some potential. It's not like we got a lot of other things to look forward to. At least there's something happening. To be honest I didn't expect that Kind Heaven would become a reality. I don't mind to be proven wrong. Anything better than the same old Jane's setlist for the 600th time.
Top

Its going to be pretty funny how much crow we all end up eating if this thing becomes some seminal and then iconic entertainment experience for which Perry becomes even more well known.
Top

Hokahey wrote:Its going to be pretty funny how much crow we all end up eating if this thing becomes some seminal and then iconic entertainment experience for which Perry becomes even more well known.

It's only going to be successful if whoever is in charge vetoes all the silly videos of him and Etty fucking/singing/dancing.

If he is in charge of the entertainment, it's going to be a cringe-worthy experience that will get terrible reviews.

Keep in mind, Lollapalooza was canceled the last time he was in charge. As soon as E3 bought up a majority stake and stuck it in Chicago in 2005, it became hugely successful. He is just along for the ride.

I still think it won't do well and will eventually drop the immersive stuff for your standard 70s and 80s cover bands within 2 years.
Top

Perry will soon enough become one of Jane's stage dancers and vocals will be taken care of by Etty under the new name "Perrys Addiction" mark my words.
Top

The amazing thing about that article is that it STILL doesn't quite manage to explain wtf this project even is. Now it sounds like it's basically a building where a bunch of video screens and movie sets are set up so that you walk through some areas where actors/video screens will accost to you take a drink or eat something, which you won't know the cost of, but will be charged to your credit card via RFID or whatever. So, it's a Vegas approximation of the experience of going to Thailand, with none of the ability to say "Fuck off!" to the tourist traps...

I guess I could see it being fun for extremely sheltered midwestern folks or old people, which I guess is the target audience.

I thought everyone here had already noticed that all the articles that have surfaced are basically rephrasing the original press release, nothing else. Some are hyping it, some are saying it's the most stupid idea they've ever heard.
Top

It honestly just sounds like a scene from Blade Runner.
Top

Perry had a dream about a movie he watched, and he's trying to turn it into a Vegas tourist trap

The fact that Jane's Addiction ever existed in its original form is a goddamned miracle.
Top
Post Reply
72 posts