My parents live in Salem. All my friends there are posting crazy pictures that look like night in mid-day. Shitty. Seems like every year now. Some folks I know lost cabins and homes.
Top

Evacuations remain in effect due to the Holiday Farm Fire, impacting the communities of Vida, Blue River, Mohawk, McKenzie Bridge, Leaburg, and Walterville. Here is a round up of evacuation notices as of 8:30 p.m. Tuesday:


Crazy day. Luckily I was at the house with my mom this morning. Whole county under state of emergency. Level 2 be prepared to evacuate issued to a row of towns (Mt Angel, Silverton, Silver Falls) about 10 miles south of the house. Winds were raging (60 mph) in westerly direction. Smoke billowing halfway up the sky for 180 degrees on the horizon. Thought for sure we were going to have to evacuate. The local news said fires are only moving west, and very quickly so we stayed put. It was strangely crisp and clear right outside, but reddish/black/white smoke was taking over the entire sky above. Pretty soon the sun "set" at like 4 pm. It was dark. Except there was a slit of clear sky to the north on the horizon. All the trees and houses around us looked like there were stadium lights on them and the sky was blacked out. The light coming from the horizon. Stranger than the full eclipse I witnessed a year or two ago.


Springfield, next to Eugene, may be screwed. Blue River has burned to the ground, fatalities likely. Vida next and then mohawk valley and Springfield in line of fire.

A guy near us had a house/stables/kennel that has Level 3 evac. Had to go. When he got back, whole house stables and kennels burned to the ground. Animals didnt survive.

Well crap. Got friends in silverton and Eugene/springfield. Hope everyone is safe.
Top

guysmiley wrote: ↑
Tue Sep 08, 2020 7:52 pm
My parents live in Salem. All my friends there are posting crazy pictures that look like night in mid-day. Shitty. Seems like every year now. Some folks I know lost cabins and homes. 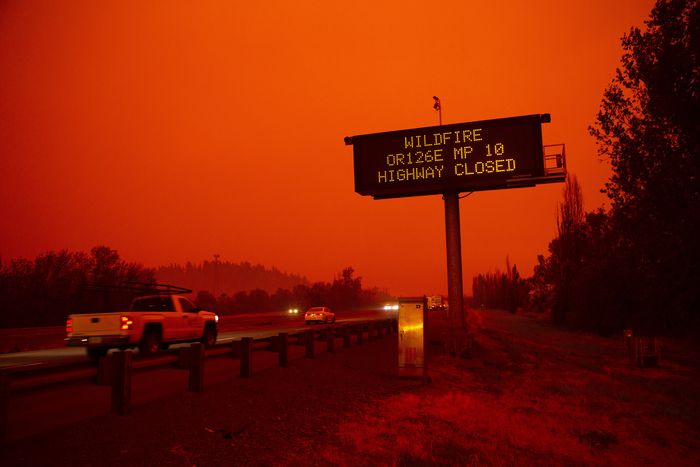 The farms and ranches are really having problems. 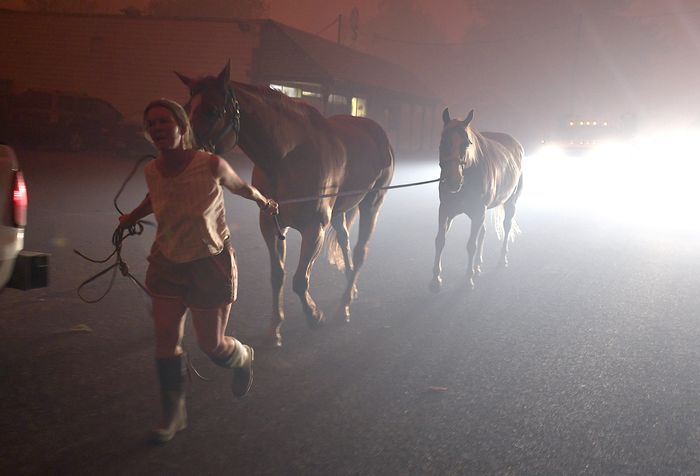 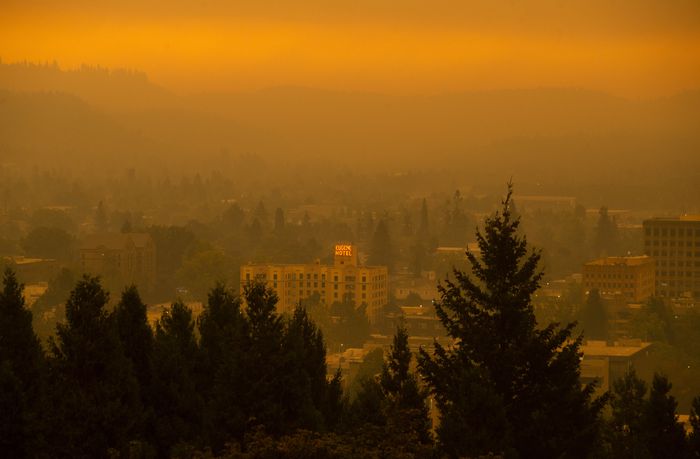 Lumberyards going up in flames as well, (this one in Estacada) 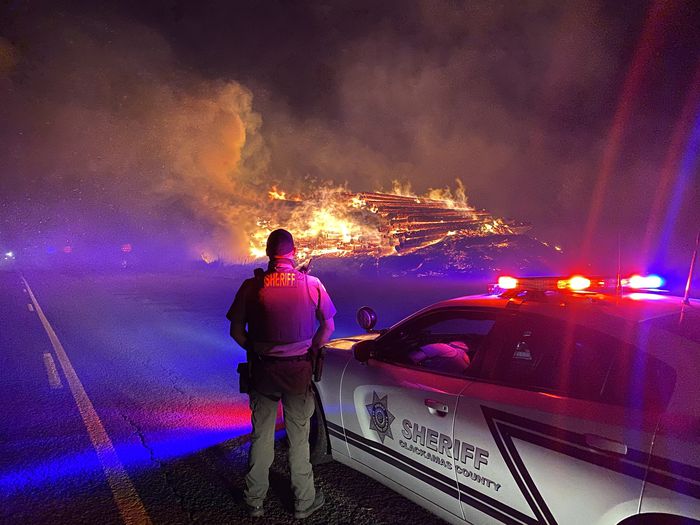 It all looks apocalyptic. 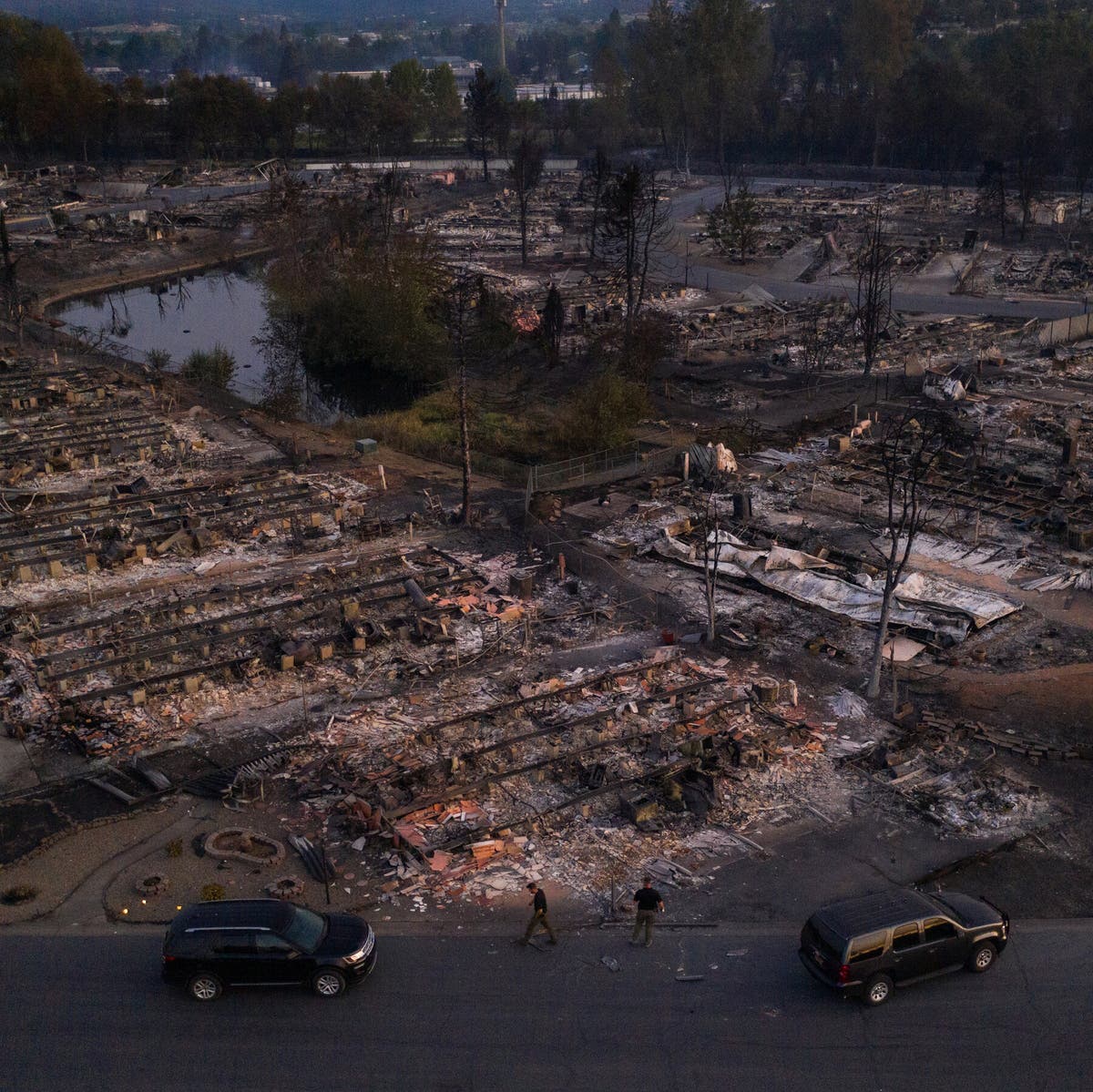 This in Phoenix, OR (Southern part by CA) 1,000 homes confirmed gone. 100s more confirmed gone in Talent. Several other small towns confirmed wiped out along Mackenzie River (Blue River, Vida etc) but they can't get in there yet to assess..
Confirmed deaths are starting to roll in.

This all went from being nothing, no major fires, to total devastation within 36 hrs.

4 out of 6 of my family members homes in the Medford/Phoenix are gone, and the other 2 are evacuated

So fucked up
Top

Oh no. Is all your family okay?
Top

It seems like everything lately has come to politics. So how does any party handle this
Top

All major population centers in Oregon under extreme fire danger.
500,000 already under mandatory or pack your stuff and get out now orders.
1,000,000 acres currently burning, more coming.
Several significant towns (10,000 pop) under Evacuate NOW! orders and likely succumbing to fire in the next 24 hours.
Got evacuation ready orders for my house in canby at noon today, luckily I have a condo in pdx for my mom and I to go to.


How are you doing intertwoven? You (or parents) were in lake oswego? 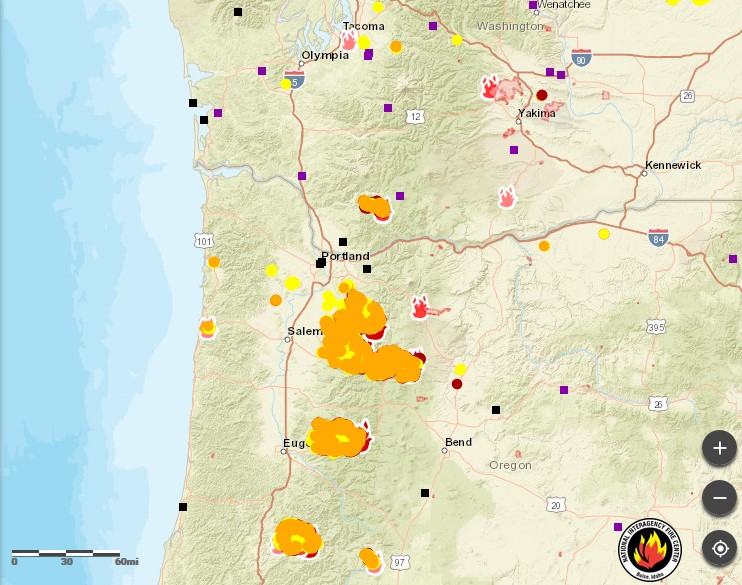 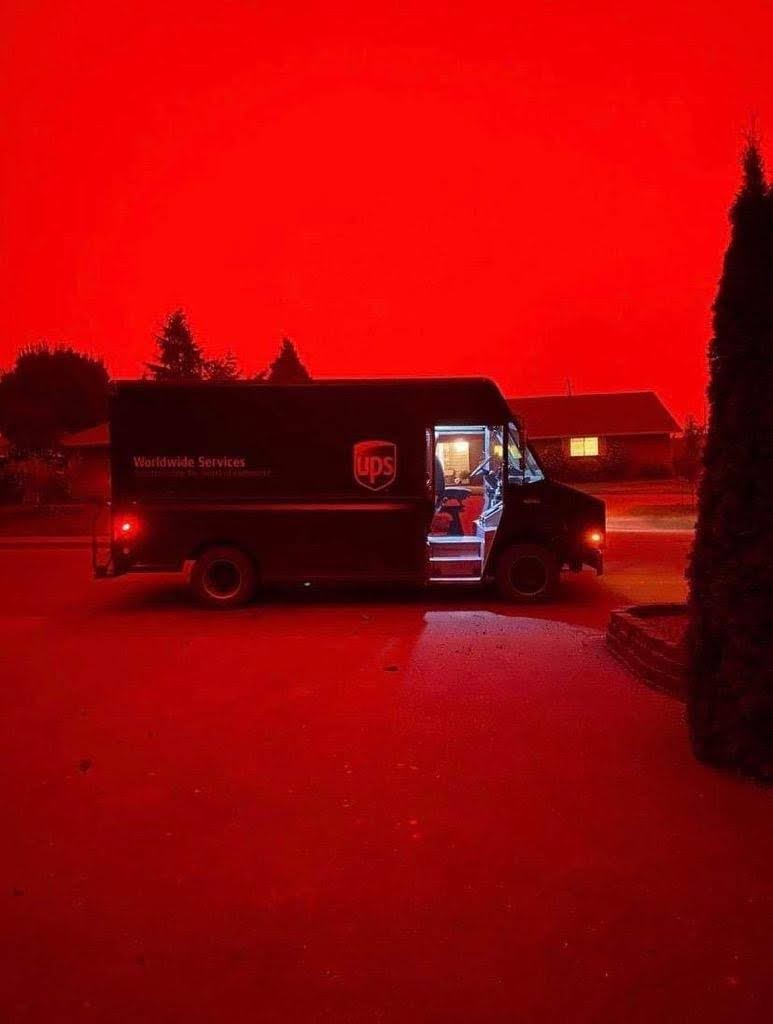 Everyone's ok, just displaced for a little while
Top

Doing ok for now in NE Portland. In-laws are in Hillsboro, doing fine as far as I know. But yeah, scary shit! I should probably start packing up important stuff just in case.
Top

My friends in SE and Oregon City are getting ready to leave. Crazy.
Top

Oregon City, Sandy and Canby reduced from Level 2 to Level 1 evac notice tonight. Really good news. Looks like a lot of us can safely go back to our homes if we left... Smoke is still really, really terrible in Portland....

This was a couple days ago in Canby, middle of the day.... 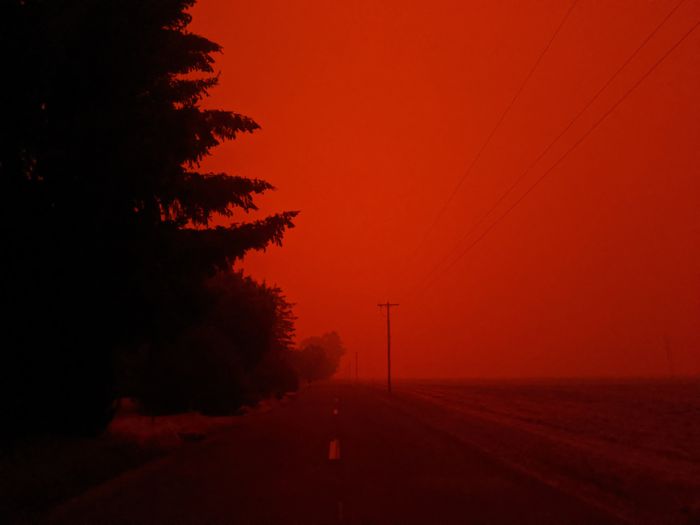 The air in Portland has turned from a gas into a solid. 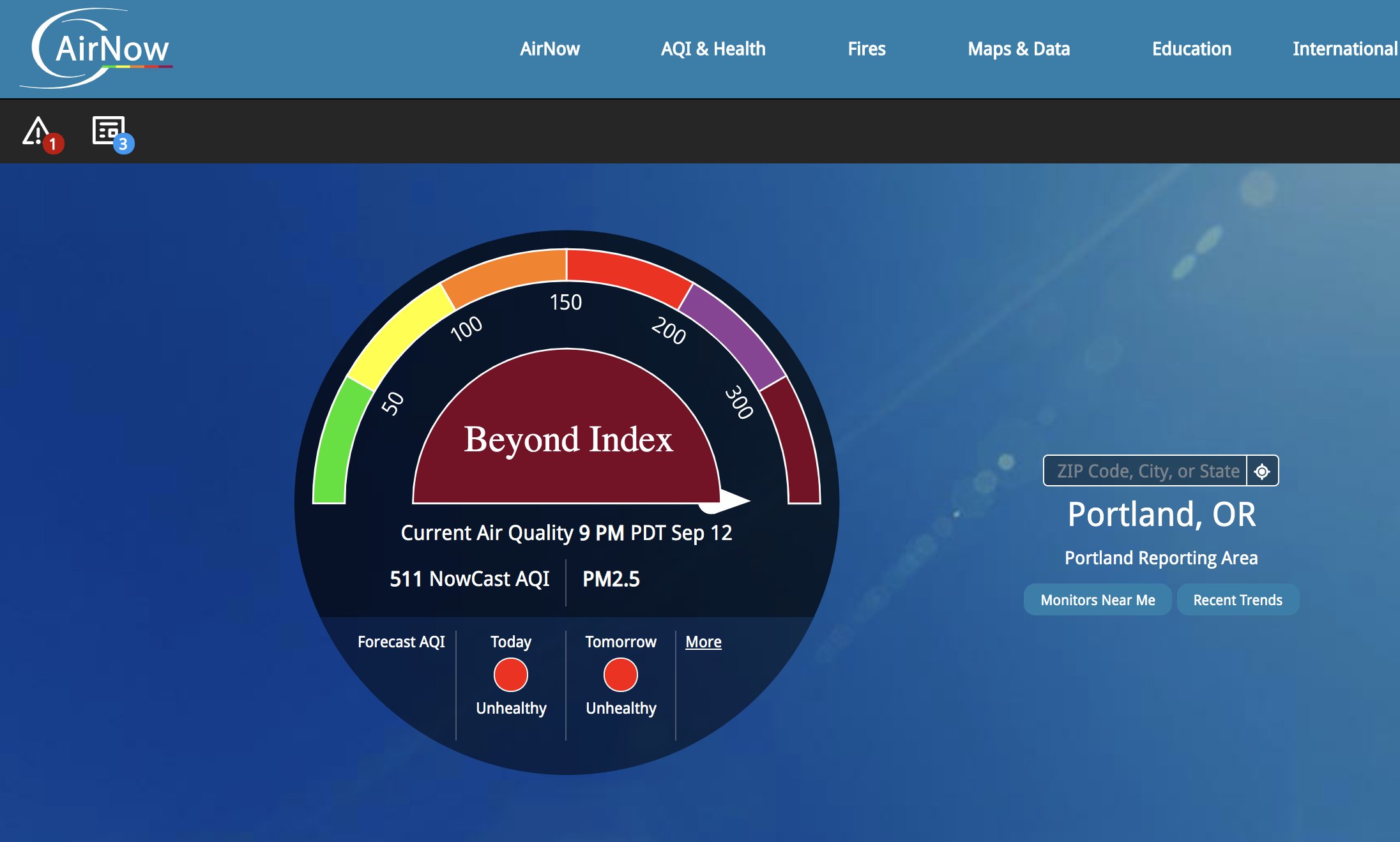 And there it is. Political BS. Been seeing a lot of conspiracy stuff on social media about eco terrorists and arsonists. Only like one or two arrests made in southern Oregon related to arson. Social media conspiracies will be the beath of us all. Also lots of people saying we don't manage our forests well. Who the hell is going to clear all those miles of underbrush every year? The summers are getting drier. Sad fact might be this is the new climate.
Top
Post Reply
38 posts