So, I opted to stay home...WAY too many people downtown. I was going to go to city hall where the parade wraps up with a rally, but it was packed by 08:30 with over 20,000 people already. The parade is really behind schedule because of so many people.

If anyone is interested, here's a live link...not sure if it will work from the US or not.


You're acting like they would have beat the Raptors with KD. That is absolutely absurd to assume that.
I never said they were better without Klay and it looked like they were going to win until he went down. Thompson's injury was the final blow.
Golden State are at their very best when their big 3 are healthy and on the court...without Durant.


Next season Lebron is going to be mvp and Lakers will be top 4 team in the west.
New Orleans future in four years will be outstanding.
Top

That Lebron part was sarcasm by the way
Top

The scene here is insane!

There are so many people! The team hasn't made it to city hall yet...supposed to have been there at 12:30!

Was today a day where Toronto declared you don't have to show up for work or did all these guys call in sick?
Top

crater wrote: ↑
Tue Oct 16, 2018 5:08 pm
I'm just hoping for a good and healthy season and that somehow the Warriors make the playoffs 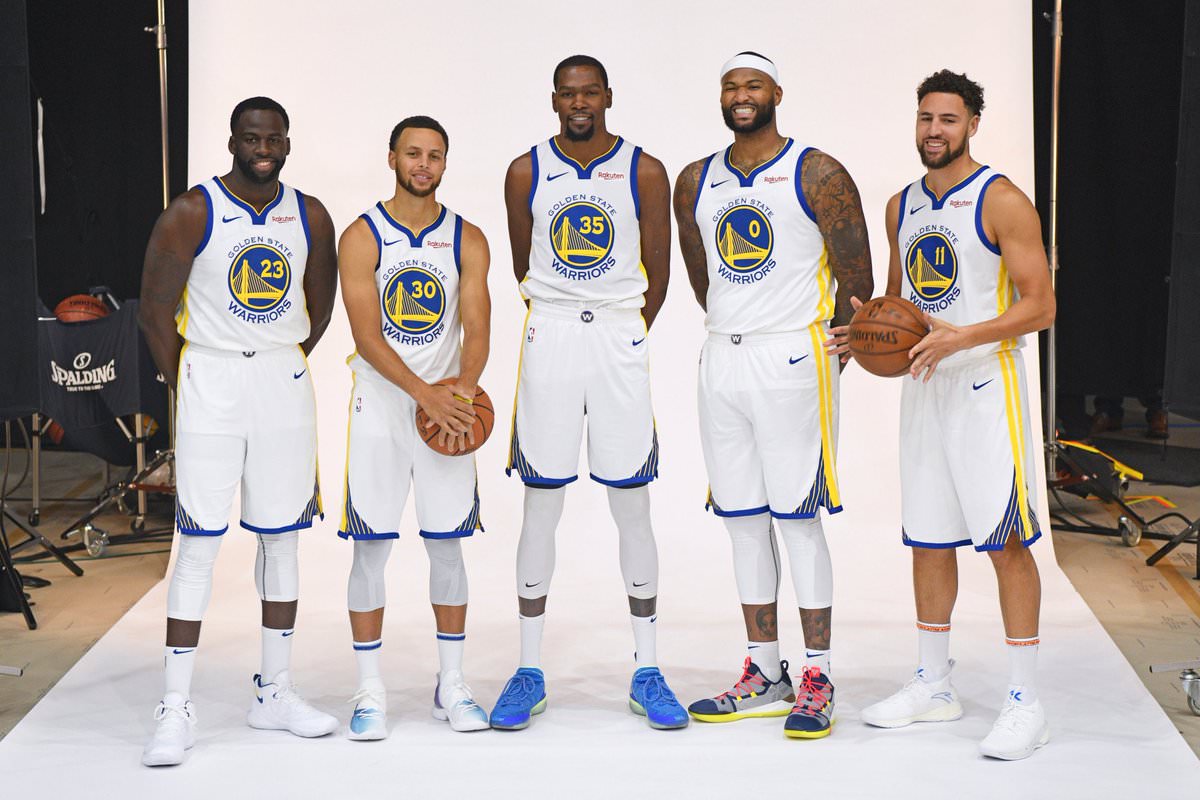 I really jinxed them

Now they are going into this next season without KD for the entire thing and Klay most likely the majority of it (provided that both are re-signed, which I hope both are) due to their injuries. I'm also curious what ends up happening with Cousins.
Top

You guys are taking a year off and then you'll win another championship after that and continue the dynasty. Cousins looks like he was sleeping through most of those games.
Top

Lets not forget how Golden States playoffs went down

Round 1- They beat the Clippers 4-2 with Durant

Round 2- They go 2-2 against the Rockets with Durant, then KD goes down and the Warriors polish off the Rockets winning the next two games without Durant. 4-2 series win.

Round 3- Warriors sweep Portland 4-0 without Durant.

Finals- Warriors steal homecourt advantage back winning game two without KD. After that Klay and Looney both get injured but they still are the favorites going into game six without
Durant who tore his achilles. Next thing to happen, while having the lead and Klay already putting up 30 pts, Klay at the end of the 3rd quarter gets injured again.
With their experience and pedigree I'm confident Golden State would have won game seven.
Top

The mayor declared today "We The North Day" and asked employers to be flexible about allowing employees to go out to watch the parade. It looked like many had the day off or called in sick.

Unfortunately, towards the end of the celebrations at city hall there was a shooting. Four people were injured, three suspects caught and two guns found.


Marc Gasol was totally tanked during the parade.

I think a few others were pretty drunk too. There's a vid of Norm chugging some whiskey from a bottle that a fan threw up to him.

Do you guys think it's true that Kyrie wants to go to the Nets?

If you check Serge's Twitter, you can see the other guys clips..Danny G, Kyle Lowry, Norman Powell, Spicey P

Yeah I think it's real Kyrie going to Brooklyn. The story was will he convince Kevin Durant to meet him there but that got offset
Top

Yeah I think its legit he wants to go to the Nets, why else would he have signed with Roc Nation, and even though Jay Z no longer owns part of the Nets he is still one of the biggest reasons they're in Brooklyn now and he also owns part of the arena. Where there is smoke there is fire.
Top

No surprise with Horford. He want another huge deal. Kyrie is an odd bird. His iso play is wizard like, but it doesn't really jive with the position less play of the C's with the kiddos. It may lead to a false narrative in terms of quality of team, but the C's win more games without Kyrie.

As always, this is a really weird off season for the NBA and the C's can easily be left out of the high profile trades, acquisitions, free agency world, etc. Scary and Morris want out...and don't get me started on Hayward. I'd be inclined to start Smart at point and work from there with Tatum and Brown. I love Kemba, but his new contract is going to be astronomical and his defense is suspect. With the exception of a few players, I have no idea what the C's will look like come late October.

And wtf with KL? He is, by far, the most difficult player to read in any league...ever

and I have no idea what New Orleans did to deserve Lavar Ball.

They still have Jackson Sq so I think it will be okay, I'm just waiting for the buddy comedy of Lil Wayne and LaVar
Top

haha...nick nurse played a song with the Arkells last night


But we have that supermax spot ready to go now.....

Kawhi has set a meeting with the Lakers